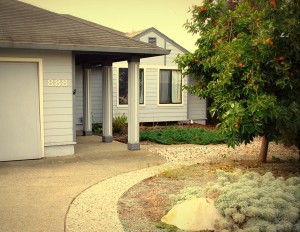 Tom and I bought our house back in 1986, on a skimpy lil’ budget- a miracle! We lived quite frugally for years. But we invested in a coffee table set; it seems to have been a wise purchase–timeless in many ways. I don’t want to replace it with trendier pieces, since it holds so many memories!

But the tables have had a lot of facelifts. I resorted to spray-paint several times, even though it never took long for the paint to start chipping off. I’d paint it again. And again. 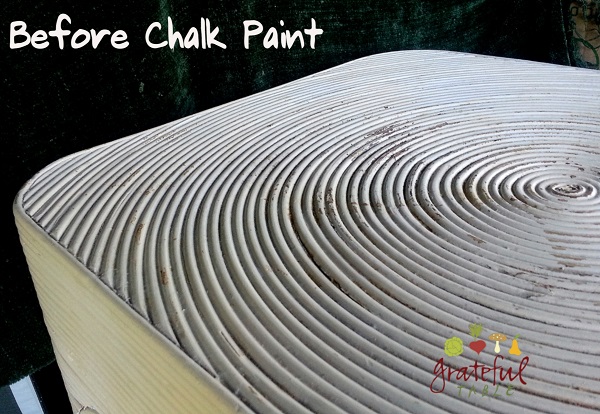 Then I found out about chalk paint! My friend was so excited about it- telling me how easy it was, how you didn’t need to prep the surface first…

So I researched, finding that a much cheaper “chalk paint” solution (than the pre-mixed/Ann Sloan style ones), was to mix my own out of Calcium Carbonate.

(Don’t buy the stuff on Amazon that’s CALLED chalk paint additive, as it costs much, much more.) The best “recipe” seemed to be this: 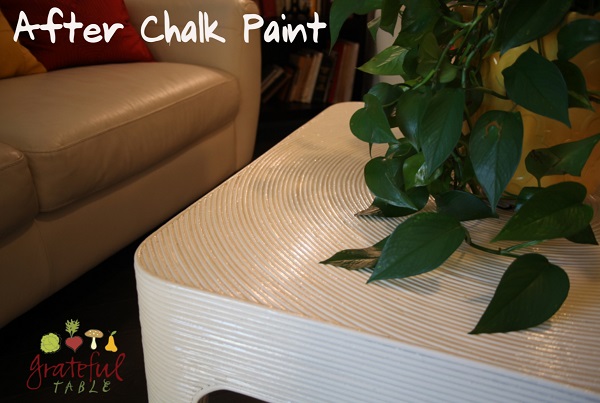 Research indicated that some kind of urethane coat on top of the chalk paint would protect pieces that get high usage. So I added several coats of this Polycrylic Protective Finish

on top. I loved that it was water-based (easier clean up). I did have to lightly sand between coats of that, but the whole project was really Quite Easy!

There is also a “Plaster of Paris” alternative; many folks use it. It’s similar to calcium carbonate, except that it’s heat-processed (sometimes from gypsum instead of limestone). Same effect though, from what I hear, AND it’s cheaper ($10.99/8lb., as opposed to $10/5 lb. of calcium carbonate).

Some people have noted that it can be quite difficult to mix the calcium carbonate into the paint, but if you’ve made cake before, I don’t think it’s any worse than folding flour into cake batter! And it’ll last longer than cake, haha…