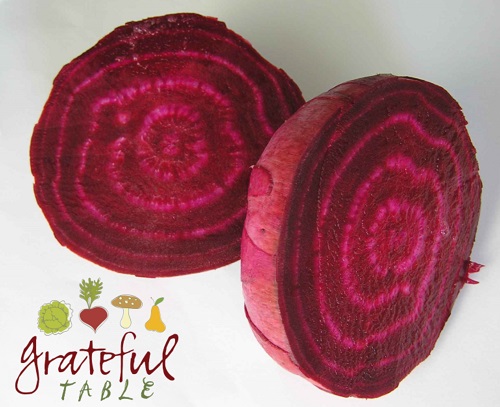 I’d heard a lot of raves about Red Velvet–it’s been quite popular at The New Deli. But I had hoped to create a way around using all that Red Dye #4. Not that I have a problem ingesting an ingredient made from crushed beetle (where most red dye comes from). I’d never noticed any reaction to it, although a few folks might be allergic to it. 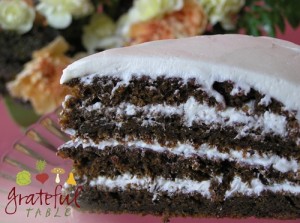 I just thought beets would work! So I tried a Tyler Florence recipe for Red Velvet Beet Cake, using beets for color instead of food coloring. Alas, the Red Velvet Beet Cake didn’t turn out red at all. It was a delicious chocolate cake though (with a secret side of veggies thrown in). I tweaked Florence’s original recipe and posted it here, if you wanted to try a good chocolate cake with beets in it!

Are you looking at Red Velvet Cake recipes? If so, you’ll notice there are quite a few versions. Some use butter, some use (eek!) shortening. I use olive oil, and it’s delicious (and more healthy). I also use unbleached all-purpose flour, and it works great. Some recipes call for cake flour, but it is typically even more processed than white flour, and isn’t necessary. Back when I was a nervous baker and followed every rule, I bought some cake flour. Most of the box sat on a back shelf for five or ten years–no bugs ever even got into it, if that tells you anything!

If you were hoping to find the Red Velvet Cake recipe I had posted years ago on my old website (pccuisine), it has moved to here. This recipe wouldn’t qualify to serve for a health food convention, but it’s still a great, traditional cake for a special occasion. Totally worth it. (What can beat a homemade cake?!)

I remember my aunt making this cake ages ago. She retold its tale, which supposedly started at the Waldorf-Astoria Hotel. Legend has it that a guest at the restaurant asked for the recipe for the wonderful dessert she’d just had, and was given the recipe, plus a huge bill for it. So she decided to give the recipe to every person she could think of, since she’d paid such a price for it. It’s just urban legend, but it makes a good story. Maybe that’s why you can find so many versions of the recipe out there? 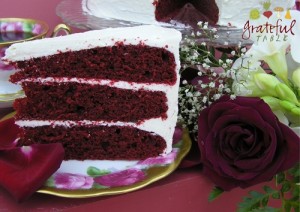 More details about this cake: Before the age of Dutch-processed cocoa powder, unsweetened cocoa was more acidic (not so alkaline). Theory has it that vinegar was added to the recipe; it reacted to the more acidic, old-style cocoa powder, giving it a reddish color. (This probably prompted the name of “Devil’s Food Cake” as well.) Thanks to modern science, our modern cocoa powder is not affected by the vinegar anymore, but we do love that red color, and that name, don’t we? Hence, the red food coloring to the rescue! Ah, modern science…

If you decide to make the Red Velvet Cake, don’t underestimate the quantity of red food coloring you’ll need: Two big bottles. (You don’t want to have to rename the cake, “Sort-of-Red Velvet Cake”.) I personally like using the gel paste food colorings found at craft/baking supply stores. I get mine at Michael’s, for a fraction of the cost of the grocery store’s bottles of liquid coloring. And, it only takes a teaspoon of the gel paste to get the same color a quarter cup of the liquid would give you. It’s the way to go!