It might sound like a conspiracy theory, but I don’t trust most brands of honey anymore. I get my honey from Glory Bee Honey now, since they carry honey that’s high in pollen. (I get this particular honey or it’s larger cousin, as it’s organic and seems the best value for the price.) After all, not all “honey” is, well, honey! 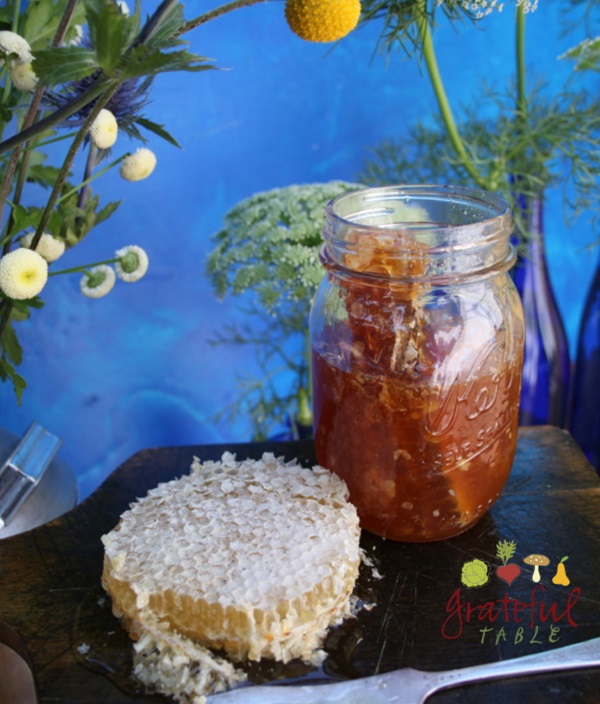 This study found that 100% of all honey tested from drug stores and fast food chains had no trace of pollen in it. And more than 75% of all the honey tested in larger grocery stores (Safeway, Target, Kroger, Costco, etc.) had no trace of pollen in it. Pollen is the one thing in honey that can vouch for its composition. Without the pollen, it can’t be traced. It might be all honey, it might not be! (Should I say, “It might not BEE”?!)

Maybe that’s why the Europeans created standards for levels of bee pollen and propolis. To be called “raw, organic honey”, it has to pass certain testing. The European Union Directive on Honey says, “The removal of pollen will make the determination of botanical and geographic origin of honey impossible and circumvents the ability to trace and identify the actual source of the honey”. Chinese honey contaminated with chloramphenicol and other illegal animal antibiotics is dangerous. Granted, it’s only fatal to a very small percentage of people, but… still!

I know of some dear folks who’ve been fighting allergies for years. I did too, so I know how annoying this is! But perhaps a daily dose of local honey could help address this issue? (REAL honey, that is…) I believe that, for us to benefit from the potential health advantages of honey, we ought to stick to stuff like Glory Bee Honey, Bee Farms Raw Honey, and other such products. Just to be on the safe side!

As I researched various products at Glory Bee Honey, I pondered whether to get bee propolis or bee pollen as well. Such products have been popular for some, as nutritional supplements. But I concluded that the main thing is to just get a quality honey in the first place, as it will naturally contain some pollen and propolis, since it’s unfiltered, natural honey.

A few ideas of ways to use that special honey? I add a bit to smoothies, if I’m not putting something sweet like banana in it. Or it’s good in granola bars or energy bars. Another fave: Rice pudding, made with honey instead of sugar. It turns out real custard-like… delicious! You can even skip the rice if you’re going grain-free. What a treat!