In the big world of authors, I tried to be someone I wasn’t, for years. What does that do? It can burn you out, frustrate you, and lead you farther away from what God really intends for you. 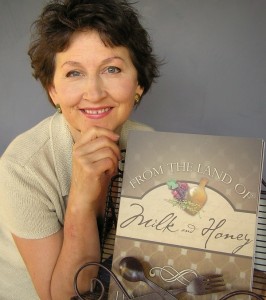 Many authors have very impressive professional profiles. They’ve graduated with honors, majored in some kind of journalism, and/or written articles for “real” magazines (as opposed to online ones). Not me!

And most authors who are serious about success will spend a lot of time branding themselves, marketing, generating interest through their blog and social media. I don’t have time for most of that. Sometimes, I just want to garden, clean up the house, and hang with the fam. After working my day job, that doesn’t leave much time for all that “author stuff”!

A lot of authors also have an agent to represent them. Those agents present their authors in the best possible, professional light. They help an author figure out their “gimmick”- the hook that makes them stand out above the rest.

I do not have an agent!

Some ten years ago, my husband and I decided we didn’t want to invest way too much time, money, and effort in a book publishing campaign. After all, most of our New Deli customers really just wanted our food, not a recipe to have to make themselves. But there was a vocal handful of those who did really want the recipes, which started me on my book-writing quest.

I submitted my book proposal to a website supported by the Evangelical Christian Publishers Association (ECPA). I got only one response, from a “Christian” publisher- Winepress Publishing. Whoa- that’s a whole other story. Winepress had been overtaken by a cult-sort of figure… years later, after many lawsuits and closure of that Winepress business, I’m still brushing the dust off. My only hardcover book was published through them. Despite the difficulties, you can still get the book though- “From the Land of Milk & Honey” is on Amazon, for under $10.

But back to staying true to oneself. To being who we are, and not trying to be someone else. My “list of credentials” doesn’t seem that impressive by professional author standards, but here it is:

1. I graduated early from high school, which made it easier to move in with my husband (then boyfriend) when I met him that summer. The folks weren’t happy. But I wasn’t Christian at that point either, so I personally saw nothing wrong with this. I was 17 at the time. Wild and crazy, I guess…

2. I was glad I’d graduated early. Enough high school time had already been spent doing dumb things like smoking cigarettes and skipping classes to sit with friends at coffee shops getting loaded on caffeine. Given another year, no telling what I might’ve done!

3. I never went to college.

4. I was going to make ceramics for a living, but I couldn’t stand to put in the time to get professional at it. I was a pretty impatient young woman!

5. Replace “ceramics” with “silver jewelry”, in above sentence.

7. I cooked meals from scratch as a young bride, but money was scarce. So I bought “Chef’s Delight” to add to soups. (It was a notch below “Velveeta” processed cheese product.)

8. I once bought past-dated bologna on sale and made Sweet n’ Sour Bologna. It was the low point of our newlywed dinners.

9. I worked as a busgirl at Cooper’s Arms (a fancy restaurant in Rochester, Michigan at the time), the Elephant Butte Disco (where I realized my lack of cocktail knowledge), the Sizzler (who wanted me to move up to manager, but my heart wasn’t in it), and at a Mexican restaurant in San Jose. I learned more about food. The cooks and what they did was always the most fascinating part of the job!

10. Still in the kitchen, a few years later, I started a vegetarian burrito business out of my home and simultaneously got pregnant. The business turned out to be an ideal work situation for a new mom who still needed to make a few bucks, and for a creative cook who needed some guinea pigs!

11. Three years later, husband Tom and I went legit, turning a space at The Del Monte Plaza in Pinole into “The New Deli”. We cranked out vegetarian burritos in the wee hours of the morning, to deliver to natural food stores throughout the Bay Area. By noon, we were gradually developing a customer base at the deli, serving the locals something besides the prevailing fast food.

12. I learned how to cook healthy, cook fast, and cook well, over the past thirty years at The New Deli, and started sharing recipes in a few published cookbooks. I’m still not one of those popular, sought-after authors, known nation-wide. But, for a few of us, it’s enough to just know how to make one recipe or another from Jen’s repertoire!