(This is the day I might go off-topic and talk about whatever God’s been putting on my mind. Hope you don’t mind!) 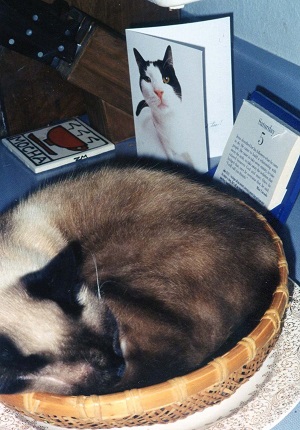 s a slave to sin, with a drug addiction that controlled him for years. But he finally gave that up, and found the Lord in his last few years of life. I thank God he became a born-again believer before he died! In those later years, his body had been irreparably damaged by the drug abuse. His spirit had been reborn, but there wasn’t much hope for his body. He went to be with the Lord.

He left behind a wife of five years, twenty years younger than him, that he’d met near the end of his druggy days. Perhaps she was just as reckless and wild in many ways, as he had ever been. They seemed like a good match. That is, until he starting getting a revelation about Jesus.

She had already come from a “religious” family, and appeared to be looking for something as far from that as possible. She and Bryan grew apart. And then he passed.

Now, she’s on her own, society’s rebel, finding alternative lifestyles. She knows what her husband had professed in his dying days, and she’s had an earful from a sister-in-law (me). But she’s yet to believe that Jesus is who he says he is. It will only be by the power of his Spirit that she will ever know that.

Meanwhile, she’s discovered ISKCON (The International Society for Krishna Consciousness). Back when Bryan (her husband) got caught up in that (in the early eighties), it was called Hare Krishna. My husband and I knew it as the thing we wanted to avoid. We may not have been Christians at the time, but we weren’t going to be tambourine-shaking, shaved-head vegetarians wearing purple, pink and turquoise gowns, either. Does that make us sound politically incorrect? Were we mocking another religion? Well, we were just scoffers, if anything, back in those days.

That my husband’s brother fell into that for a time was no surprise to us. It seemed to go with his propensity for weirdness. We might have been the gray sheep of the family, but he was definitely the black one.

Bryan is at peace with the Lord now. But he’s left a widow, whom I’ve have the pleasure of corresponding with through the years. I’m up on her latest (the Hare Krishna thing), yet I don’t know how to respond. Jesus says, “…if I am lifted up from the earth, will draw all men to Myself.” (John 8:28) I will continue to lift up His name.

I’m reminded of a story. An old man sat at a window, looking out at a snow storm, watching a litter of feral kitties shivering and starving. He had tried to get near them, to take them to shelter and feed them, but they always ran away. He said, “If only I could become a cat for  a bit, I could communicate with them what they need to do, and they would listen.”

His wife responded, “That is exactly what Jesus did for us. We were out shivering in the storm, but we were too afraid of the very thing that could help us (God), so He came down in the form of man, as Jesus, to tell us what we needed to do to be saved.”

That cat story reminds me of another one- the story of the peaceful, beautiful cat in today’s picture. “Samantha”. She had been a stray. She was so beautiful–we always wanted to pet her. But she would never let us near. She came to love us though. We would leave compost buckets (leftover scraps from the deli), in the garage for a day or two, before taking them out to the compost pile. This wild cat would sneak into the garage for her meals, feeding on the compost scraps. She eventually became tame, even having a litter of kittens up on a shelf in our garage later that year.

We adopted all the kitties, and Samantha too. She had come to know and like us, as her friends. All because we had fed her.

Maybe that’s all I need to do with Bryan’s wife.