I was in the process of compiling my notes, to post a recipe for Liposomal Turmeric/C, wrought from studying medical papers and other online info. I’ve been taking this concoction for the last year, and it appears to have improved my thyroid health. The doctor said my annual lab test indicates that I need to lower my OTC thyroid gland dosage, because apparently, my thyroid is now functioning better. Fourteen years on that dose, and now it can be reduced?! The only dietary/lifestyle change I made in the last year was in taking this new liposomal turmeric mix daily. Yes, it’s just anecdotal evidence, but I’m thinking it was thanks to that Liposomal stuff.

Doc also said, “Good job- your cholesterol levels are better too.” Didn’t want to get into it with him that I hadn’t made any other changes (except the liposomal). Maybe I’ll tell him someday!

In any case, I was about to post that latest recipe. But something else came up…

One of dad’s many patents

My dad chuckled when I told him about my latest findings on my improved thyroid and cholesterol. I think he was proud of me! He was an innovator, a researcher, a creative thinker at heart (AKA Gerry Klees, engineer at GM).

He had many patents (like the one shared here), and other innovations as well. At one point, in his retirement years, he created a doggie door that opened by a remote on the dog’s collar, whenever said dog (Honeybell) came expectantly to the sliding glass wall. He even began the patent process to produce more such doors for other dog lovers.

He passed away peacefully in his sleep, May 1st. So I will postpone the Liposomal Turmeric article, and create this post first, in honor of my dad. After all, I’m pretty sure I got my geekiness from him. Thank you, dad, for that, and for the many other gifts you shared with family and loved ones. 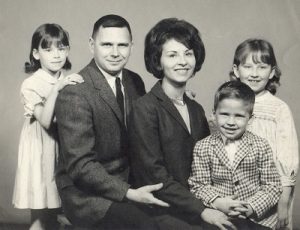 He approached sainthood in his later years. He won a battle with rectal cancer over ten years ago, eventually battling bladder cancer as well. Quite relentlessly. But that wasn’t his biggest feat.

For the last ten years, he’d also been mom’s caretaker in their home, as she’s gradually succumbed to Alzheimer’s. Perhaps mercifully, she is hardly able to comprehend that the love of her life, her soulmate and husband of sixty-plus years, is now gone.

This past year, mom’s moments of clarity grew more seldom. But dad continued on, bathing and feeding her, helping her up to sleep, down again to the kitchen for a meal or some espresso, or maybe to the family room to rest on the couch. How did he do that? He had his own battles to fight as well. Yet he did. 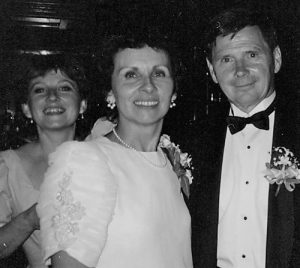 It’s funny how God uses situations. Before mom’s dementia, she seemed to be the glue that held the family in place. Over the phone, I talked mostly to her. Dad might pop on for a moment now and then, when he wasn’t out playing tennis, or golfing, or doing a project in his shop. Mom even worried about that- “How’s dad going to survive, if I’m ever not here? Will he even call to talk to any of you?”

But in the past ten years, dad did start talking and calling. It was him we called. It was with him that we could share all the latest news, insights, observations, thoughts… I so enjoyed those talks.

And then the time came. I believe God told him- it’s OK to go now. Mom is in God’s hands now, and my father’s work here is done.

2002- One of Many Christmases Spent with Family

The morning before his passing, he made the two cups of espresso as he always did. We spent holidays and other occasions in that house for the last thirty-three years, and dad always made us our espressos. He would pull out the ceramic cups matching the everyday dining ware. Creature of habit maybe. But those were always the cups he used.

That last morning, he pulled out the special espresso cups two of his grandchildren had made years ago. The two little cups tucked away in the corner of another cupboard. He didn’t use the regular cups. I believe he was showing us in this small, but very significant way, that he knew his time had come, he was going in peace, and he was using those special little cups to tell us: He loved his family. A life well-lived, a man so very well loved. 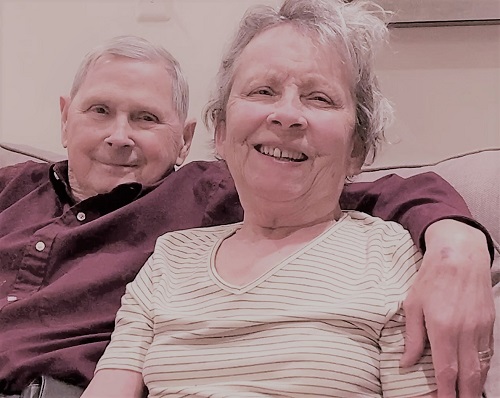 PS Another thought hit me this morning. For the last week or two in April, the song “I Can Only Imagine” kept rolling around in my head. I wasn’t sure why. We listen to all kinds of worship music, but this was more of a special-occasion song. Husband Tom sang it a while back at our church for its 50th anniversary.

Well, once more, God was going before me. I believe He put that song on my heart to prepare me, because that is what my dad is doing now. (Well, I can only imagine what it’s like, but it’s good to know that he is with Jesus.)

One Response to “A Life Well-Lived, A Man Well Loved”